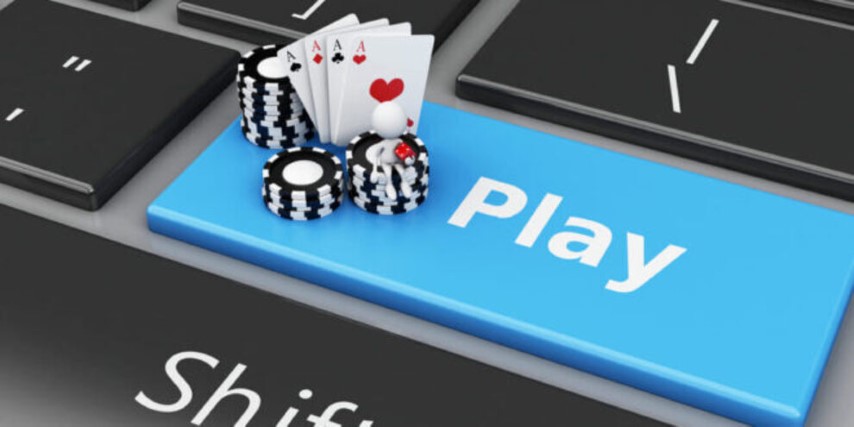 Is It Inevitable That the United States Will Legalize Sports Betting?

Will other states follow Nevada’s example and legalize sports betting?

Bill Bradley was a former US presidential candidate, a Princeton University graduate, an All-American basketball player, a star in the National Basketball Association, and a US senator. Furthermore, because of him, people from the United States must travel to Nevada to place wagers on sporting events.

The major sports leagues and the NCAA testified in front of Congress in favor of making sports betting illegal throughout the United States. As a result, the senator’s efforts were met with encouragement from these organizations.

However, Congress did not agree to support a complete prohibition of the practice. Instead, Congress passed the Professional and Amateur Sports Protection Act (PASPA) in 1992, which prohibited state-licensed sports betting but “grandfathered in” four states that had previously been complicit in the practice (Nevada, Delaware, Oregon, and Montana). Furthermore, the act gave the state of New Jersey an extra year to pass its sports betting legislation; however, the state did not take advantage of this opportunity.

As a direct result of PASPA, Nevada has a monopoly on single-game sports betting. The other three states can only provide “parlay” contests, which involve multiple games and have little appeal to bettors.

Now, judicial scrutiny of PASPA, as well as the recent emergence of daily fantasy sports (DFS), may jeopardize the monopoly’s continued existence. Others, including some individuals affiliated with professional sports organizations, believe that it is past time for Congress to reconsider its long-standing prohibition on sports betting.

Is now the time to repeal or amend PASPA? To find an answer to that question, we must investigate both the arguments for and against the proposition, as well as the reasons why it remains largely illegal outside of Nevada’s borders.

There is a wide range of estimates because illegally operating businesses do not publish their company documents. Even at the low end of the spectrum, there is still a sizable market for sports betting.

Those who support the legalization of sports betting have criticized the Professional and Amateur Sports Protection Act (PASPA) over the last decade, primarily on three grounds:

If states were allowed to offer sports betting, they would generate significant additional revenue from the taxation of a type of gambling that is popular in the United States. According to recent polls, the vast majority of people support legalizing sports betting. When states allow such a large black market to exist within their borders, they are allowing a significant revenue source to go untapped.

Because regulated sportsbooks have an incentive to report suspicious betting behavior to the appropriate authorities, legalizing sports betting contributes to the fairness of sporting events. If bets are accepted on “fixed” games, sportsbooks stand to lose a significant amount of money. This is because the success of a sports betting operation is dependent on having a wager that is roughly equivalent to the other side of an event.

The gaming industry costs society a lot of money

The arguments in favor of legalization are far from conclusive. For example, the social costs incurred by people suffering from gambling disorders may outweigh the tax revenues gained as a result of legalizing sports betting.

Furthermore, as demonstrated by European soccer, legalizing sports betting does not prevent match-fixing. Furthermore, the notion that professional athletes earn too much money to be targeted for game-fixing may be incorrect.

Finally, the legalization of sports betting would not jeopardize the existence of an illegal bookie in the neighborhood. Before placing bets on a sportsbook, cash must be deposited. A sports bettor will frequently “settle up” with his bookmaker to pay off his losses (or collect wins) without the bookmaker requiring any money in advance.

The trendlines, on the other hand, are very clear. The majority of American sports leagues are coming around to the idea that establishing a framework for legal sports betting would be a good way to bring the activity “into the light.” This transition is taking place gradually.

In November of 2014, NBA Commissioner Adam Silver called for a nationwide system of legalized sports betting. Both the National Hockey League and Major League Baseball have stated that they are willing to accommodate such a solution.

So, why is it still illegal to gamble on sports in the United States when three of the country’s major sports leagues support it?

Although Bill Bradley made PASPA possible, it is the NFL’s Roger Goodell who is responsible for keeping the act operational. The commissioner of the National Football League (NFL) has reaffirmed the league’s opposition to sports betting, emphasizing the harm that widespread legalization of sports betting would do to the game’s integrity.

Is it significant that the National Football League is the only professional sports league that opposes this stance?

Without a doubt, the answer to this question is yes.  The National Football League is a financial behemoth, with annual revenues exceeding $10 billion and projected to reach $25 billion by 2027. The show’s television ratings are currently at an all-time high. The league’s visibility has increased significantly as a result of increased interest in events like the NFL Draft and NFL Combine workouts for prospective players. The National Football League (NFL) has a level of prominence and political clout that allows it to stymie efforts to repeal PASPA.

Is the NFL taking a hypocritical stance?

The National Football League (NFL) has faced numerous criticisms, the most common of which is that its stance against sports gambling cannot be reconciled with its other actions.  As an example, three games will be played in Wembley Stadium in London during the 2015 NFL season. Wagering on sporting events is legal in the United Kingdom, and punters can do so at nearby sportsbooks or even on their mobile phones while watching NFL games. There have been no allegations that the fairness of these games has been jeopardized in any way.

The legal question of whether daily fantasy sports can be considered a form of sports betting has yet to be resolved. The Attorney General of the State of New York recently issued a “stop and desist” order to DraftKings and FanDuel. According to the order, the two companies were running illegal gambling operations in the state of New York.

The Nevada Gaming Control Board issued a similar decision a month ago, stating that daily fantasy sports are a type of sports betting that requires a license. Commissioner Goodell, on the other hand, is adamant that he “doesn’t look at fantasy sports as gambling,” and he believes that the decision to legalize the activity should be left to the states.

Finally, legalizing sports betting could provide states with significant tax revenue, which the states could then split with local municipalities. This appears to be equitable, given that National Football League teams have benefited significantly from government subsidies to build stadiums.

This arrangement has not always been beneficial to the community’s economic well-being. Having the government contribute to the funding of a stadium that is already owned by a successful professional sports club is a questionable practice. The fact that governments are being denied tax revenue from regulated sports betting exacerbates the situation.

What are some of the factors that might cause the NFL to reconsider its position?

According to one point of view, the National Football League’s stance on sports betting would change if a legal framework could be developed that would allow the activity to be monetized to the NFL’s advantage. For example, if there was a small tax on every sports bet placed on an NFL game and that tax went to the league, wouldn’t that be a financial windfall that the league couldn’t refuse?

Of course, this position is based on the assumption that the National Football League’s (NFL) “integrity” argument is a hoax and that it is truly about money. It is possible that this is correct, but not in the way that most people believe. The National Football League is primarily concerned with the money that it already generates for club owners, as well as future revenue streams that are unrelated to sports betting.

Even if no bets are taken, the National Football League generates nearly $10 billion in revenue each year. It is necessary to consider the possibility of a betting scandal, which could jeopardize the NFL’s ability to turn a profit. To put it another way, the potential financial benefits of legalizing sports betting may be insufficient to persuade the NFL to abandon its opposition to changing PASPA.

What are our next steps?

Litigation in federal court has the potential to change the nature of the sports betting debate. The state of New Jersey has filed a lawsuit against PASPA, which is being heard by the 3rd Circuit Court of Appeals. If the court rules that there is a way to circumvent PASPA, as New Jersey claims, many other states will follow suit. At that point, the major sports leagues, including the NFL, would be required to consider establishing a national sports betting system. The court’s decision, which is unlikely to come for several months, could be significant. However, it is far from certain that sports betting will spread beyond Nevada’s borders.

There was a lot of talks a few years ago about how widespread use of online gambling in the United States was unavoidable. This does not appear to be the case at this time. Those who believe that legalized sports betting is only a matter of “when not if,” may face similar difficulties unless the NFL is forced to back down by the legal system.