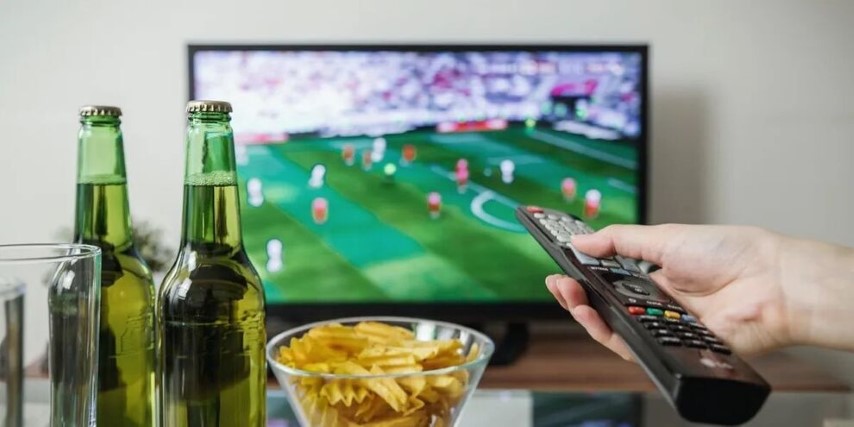 Is It Possible That New York’s Push Toward Mobile Sports Betting Will Benefit Youth Sports?

After years of hard work, the final piece of the puzzle for mobile sports betting has finally fallen into place.

Mobile sports betting is expected to be included for the first time in New York’s state budget, which is due on April 1st. As we documented in the fall of 2017 with Joseph Addabbo Jr., a New York state senator and chairman of the Committee on Racing, Gaming, and Wagering, there are benefits to approving mobile sports betting for all residents of New York state, not just those who enjoy betting on sports.

This is true regardless of whether a person enjoys sports betting.

Senator Addabbo argued that the passage of Senate Bill S2509B would benefit residents for a variety of reasons, including improved health and safety, the preservation of state borders, and, of course, increased tax revenue from casino gambling. To comply with new legislation approved by both the Senate and the Assembly, each of the seven casinos currently permitted to operate in New York State must now obtain two “skins” (licenses to provide mobile sports betting).

The Assembly proposal did not include this provision for the same reasons that Assembly Committee on Racing and Wagering Chairman Gary Pretlow explained here; however, the Senate bill includes a provision that would expedite the issuance of three additional licenses for casinos in the downstate area.

Governor Cuomo’s plan predicts that it will be able to earn New York $500 million in annual tax income once it has reached full maturity (after 3-5 years of the bill being passed), but this is predicated on all bettors participating. “To look at New Hampshire as a model for New York just doesn’t make sense given the landmass and population size of New York, and given New York’s mix of gaming stakeholders of racetracks, casinos, video lottery terminal operators, and OTB’s (off-track betting facilities),” says gaming attorney Daniel Wallach.

If the tax rate is high and there is no competition in the market, it is difficult to imagine that there will be enough of an incentive for people living in New York to shift their behavior from betting in other states or betting illegally.

This plan contradicts the Senate and Assembly bills, which have the support of various stakeholders such as casinos, racetracks, leagues, teams, and their respective areas, as well as bettors. The Senate and Assembly passed legislation to allow New York residents to choose from up to 14 different bookmakers and obtain the best possible odds.

According to both pieces of legislation, the cost of each licensing fee to conduct mobile sports betting would be $12 million, resulting in potential revenue of $168 million in 2021. These license costs would result in a one-time windfall for the state, but the bills propose a 12% tax on all mobile bets placed within the state. According to the findings of a Spectrum Gaming Group study, the annual gross gaming revenues generated by expanded sports betting could be close to one billion dollars. Using the tax rate of 12% proposed by the Senate and Assembly bills would result in a potential increase of 120 million dollars in annual tax revenue.

Section 115-B directs 85 percent of that tax revenue to the Commercial Gaming Revenue Fund, 5 percent to helping and preventing gambling addiction, and the remaining 10 percent to regulation costs and market origin credits. This is the current status of the Senate and Assembly bills.

Eighty percent of the funds in the Commercial Gaming Revenue Fund, also known as Section 97-N, are allocated to either elementary and secondary education or real property tax relief. The next 10% of funds are allocated to the host municipality and county of such facilities, and the remaining 10% is distributed among the counties in the region for real property tax relief and education assistance.

Monica Wallace, a state assemblywoman from New York, is advocating for a proposal that would dedicate 5% of the state’s tax revenue to funding grants for youth sports and recreation. The talks are getting heated. These grants would be especially beneficial to organizations that serve low-income communities through sports-based youth development programs (SBYD).

One of the main selling points for this proposition is the benefits that participation in sports has on the community as a whole. In a letter to Governor Cuomo, Speaker Heastie, and Majority Leader Steward-Cousins, the Youth Sports Collaborative Network (YSCN) states that young people who engage in physical activity have a lower risk of developing mental and physical health conditions such as obesity and depression. It also claims that participation in youth sports helps children develop important life skills such as social and emotional development, interpersonal skills, and improved academic achievement.

Both the Chancellor of the New York City Public Schools, Miesha Porter, and Assemblymember Wallace support these ideas. In the aforementioned letter, Porter is quoted as saying, “Sports, in particular, provide a much-needed outlet for our students, and at this point, they have been without that for nearly a year.”

We can expect children to be more interested in their studies and achieve higher levels of academic success if we provide them with important opportunities and options, such as sports motivated by student interests. Wallace was quoted in the Buffalo News as saying, “[k]ids who play sports also live better lives,” which “would cut obesity and save millions in health care costs,”… even a modest investment of the money made through mobile sports betting could make a significant difference in the lives of an entire generation’s worth of children and young adults.

The COVID-19 pandemic has had a significant impact on young people’s participation in sports. According to the Aspen Institute’s State of Play 2020 survey, young athletes between the ages of 6 and 18 have reduced the amount of time they spend participating in sports by approximately 6.5 hours per week. There is evidence that the influence has had a disproportionately negative impact on low-income communities.

According to the same survey, “children living in a $100,000 or more household spend more than two hours more time on sports each week during the pandemic than a child living in a $50,000 or less household,” which is the median income for American households. This void occurred about half an hour before COVID-19. In a similar vein, a recent statewide study conducted by YSCN discovered that youth sports programs serving low-resource communities have seen an 84 percent drop in regular participants as a direct result of the pandemic.

Proponents of this proposal believe that now is the ideal time to ensure a “safe, supportive, flexible, and frequent return to play.” The state budget deadline of April 1st is quickly approaching, and New Yorkers will soon learn whether or not mobile sports betting will be legalized, and if so, how the proceeds from it will be used.